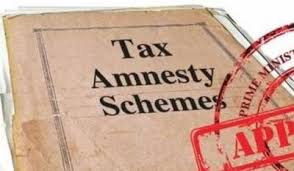 Past facts and the path forward 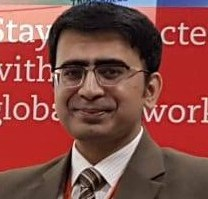 Links of Published Versions of Article:

The first ever and one of the more successful tax amnesty schemes in Pakistan was launched during Ayub Khan’s era in 1958. It resulted in a collection of approximately PKR 1.12 billion which equaled to US $ 0.24 billion approximately and around 71,289 people came within the tax net by making declarations. General Yahya Khan also launched a tax amnesty scheme in 1969 but ended up adding only 19,600 taxpayers with declared assets of just PKR 920 million. Zulfiqar Ali Bhutto’s tax amnesty in 1976 saw the number of people declaring assets decline drastically with assets worth only PKR 270 million declared. The scheme by General Zia’s government was a disaster. The PMLN government’s tax amnesty scheme in 1997 could add assets of PKR 141 million only.

In 2000 General Musharraf’s amnesty resulted in assets declaration of $3 billion approximately and has been the most successful one in terms of revenue collection. Prior to this, in the three tax amnesty schemes by PML- government, only 128 people declared their assets. Later on, PMLN’s 2016 tax amnesty saw just 10,000 declarations and a meager PKR 0.85 billion declared. However, the 2018 amnesty by PMLN was able to garner closer to a $ 1 billion but didn’t result in any significant change in the tax compliance culture. This shows that the disease of tax evasion and the curse of black money has been engulfing Pakistan since its early years.

Recently, there has been a lot of hue and cry over the Assets Declaration Ordinance, 2019 by the Pakistan Tehreek-e-Insaf Government that is commonly referred to as the “Amnesty Scheme”. The opposition has termed this as an opportunity for the near and dear ones of the Government to whiten their “black monies” which is factually incorrect as the political office holders and those related to them are barred from this scheme. Similarly, the opposition is also claiming it to be a copy of the amnesty scheme introduced by PMLN. As a result of these accusations, there is a lot of confusion as to what exactly is this scheme, is it any different from the last one by PMLN Government and whether it can help the stated objective of helping in the widening of the tax base. Let us briefly examine these questions in this write-up in an objective manner.

Overview of the Assets Declaration Ordinance, 2019 (The Amnesty):

The above titled ordinance has been promulgated allowing undisclosed, unreported and/or under-reported assets, sales and/or expenditures upto 30th June 2018 and/or the “benami” assets acquired or held on or before the date of declaration to be legally declared for the payment of very low “taxes”.

The Scope is clarified in the section “3” of the ordinance as below:

“Subject to the provisions of this Ordinance, any person may make, on or before 30th June, 2019, a declaration only in respect of any—

“The Prime Minister still enjoys tremendous trust in his personal integrity and also retains his charisma, but the general atmosphere of uncertainty is severely damaging”

Important Conditions for the Declaration

Importantly, the ordinance or as it is commonly referred to as, the amnesty is not applicable to the following:

While the declaration needs to be made by 30th June 2019, the tax can be deposited later by paying additional amount of default surcharge other than the tax rates discussed above, as outlined below:

While maintain confidentiality of declarations under the ordinance is required but unlike the Previous Scheme, there are no provisions in the Ordinance for imposition of fine / for imprisonment of any person in breach of confidentiality provisions.

An important anti-abuse provision, which was not included in the previous scheme by PMLN is that the declarants won’t be able to claim any allowance, credit or deduction in respect of the assets declared and incorporated in the books in consequence of such declaration. In simple terms, this would mean positive impact re tax compliance in future.

Key differences as compared to the PMLN’s Amnesty:

Below are the key differences of this current “amnesty” scheme as compared to the PMLN Government’s amnesty scheme:

The reservations, impact and the way forward:

There is a well supported argument that any amnesty, generally speaking sends out a wrong message to the masses and businesses in particular as effectively the wrongdoers ends up getting a better deal without any severe reprimand. This has psychological and practical ramifications for compliance in the long term.

However, at times the economic situation does require the use of such schemes. There were other better options to achieve the stated goals of this scheme. However, there are certain things which are positive about this scheme including the requirements to deposit the cash in the bank, the focus on fair market values, introduction of later payments with default surcharges and the anti abuse provision. Certainly, there is always room for improvement and this scheme could have been made even better.

The most important challenge however would be to address the uncertainty. While, Prime Minister Imran Khan still enjoys tremendous trust in terms of his personal integrity and also retains his charisma, the general atmosphere is one of uncertainty which is severely damaging. Unfortunately, this is mostly stemming from an un-accountable media spree of speculations and negative reporting in general baring a few exceptions. To make the point, let us recall that the last amnesty by the PMLN Government only really took off when the CJP announced that the court was not to review it leading to the confidence of the potential declarants. So firstly, this uncertainty needs to be curbed for this scheme to be successful.

Secondly, the relevant authorities need to run public campaigns and demonstrate that they have the information gained via OECD multilateral convention about Pakistani residents’ offshore accounts and are further strengthening the mechanism to launch a compliance drive immediately following the amnesty. Announcement of such a compliance drive with details of the penalties and timeline, widely publicized in the print and electronic media as well as on social media and along-with the curbing of the uncertainty can and will lead to the success of this scheme.

7 thoughts on “PTI Govt’s Tax Amnesty:  Past facts and the path forward”