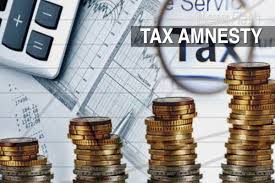 Links of Published Versions of Article:

In a pre-recorded message released on social media and elsewhere, the Prime Minister Imran Khan, while addressing the nation said that only 1% out of the 220 million Pakistanis bear the burden of taxes. He painfully shared that the nation is suffering, as many are not fulfilling their lawful duties and paying their due share to the State. PM Imran Khan also shared that the institutions now have information and are constantly getting more, implying that they have also developed the mechanism to identify and followup the tax evaders. The PM concluded by saying that this is the last chance to avail the recently launched tax amnesty till 30th June 2019 and sleep peacefully while also contributing to your nation. The spirit of the message is right.

The times are surely changing for the taxation landscape in Pakistan with transnational cooperation from organizations such as OECD (Organisation for Economic Co-operation and Development), newer laws being enacted such as the Benami Act and the technology shaping the data-driven focus of the tax machinery.

What used to happen in the past was that either people used to connive with some corrupt officials or simply stay out of the tax net willfully to avoid full disclosure of their actual wealth, sales, expenses, e.t.c., while accumulating assets in their own, their family or trusted or controllable third party’s names. While this was very common, some people would simply behave in a similar manner due to ignorance of the laws and the resulting implications. This used to result in both the tax evasion as well as mis-declarations with often the use of benami transactions. The FBR, unfortunately, neither had the capacity nor the information to detect and/or take any penal action. Hence there was not much to worry for such people and they believed it was easier and perhaps “better” to continue with such practices. These notions stand to fail now.

Imagine this. You bought a good expensive property for your son or daughter in a posh area, perhaps Bahria Town Karachi or DHA Lahore. One day, you get the news that this same property led to the arrest of your beloved kid and the confiscation of the property. How would you feel?

Or alternatively imagine your father being arrested in front of you for not being able to justify the money trail of your hard earned empire. Or that loyal servant of yours being taken away for holding a benami for you while the property is getting confiscated, atleast partially. Nightmares? Yes. But the good news is that you can save yourself from all these and other troubling possibilities at a fraction of the cost that you may have to incur otherwise in such instances.

So it is only logical to avail the “Tax Amnesty” to both serve your interests as well as those of the country and be able to sleep peacefully as the PM told us.

Pakistan is already receiving information courtesy of the OECD collaborations about the foreign properties, bank accounts and other assets of the Pakistani residents. Multiple FBR Chairmen in the past, have also claimed to have database of three to four million people without an NTN (national tax number) but enjoying a lavish life style with multiple foreign trips and/or assets in their name. As if this wasn’t sufficient, FBR has over time acquired the data as a result of the withholding tax regime. Last but not the least, the coordination between FBR, NADRA, FIA, e.t.c. is bound to make life difficult for the willful tax evaders as well as the ignorant culprits once the relevant drive is started.

Chairman FBR has already shared his intention to launch a drive to catch tax evaders and mis-declarants post amnesty deadline of 30th June 2019. State Minister for Revenue, Mr. Hammad Azhar had shared about the integration of various databases which will certainly be used for such a drive. This is also supported by the fact that due to the filer/non-filer differential taxation regime and the withholding regime a lot of the data regarding immovable properties and other assets is already received by the FBR. It’s not like the past when the Federal Board of Revenue struggled for the data.

This law entails strict punishments for persons entering into benami transactions. Any person found guilty of the offence will be punishable with rigorous imprisonment of at least one year, which may extend to seven years, and a fine of up to 25 per cent of the fair market value of the property. The Income Tax Ordinance 2001, already contains severe punishments for mis-declarations and/or tax fraud which can range from heavy penalties to prosecution.

Another wrong notion held by many is that if you’re not earning taxable income or if your tax is already been deducted you do not need to hold an NTN or file your tax returns. They’re both wrong.

You have to get an NTN and file your return even if you don’t have a taxable income but own immovable property with a land area of two hundred and fifty square yards or more or owns any flat located in areas falling within the municipal limits existing immediately before the commencement of Local Government laws in the provinces; or areas in a Cantonment; or the Islamabad Capital Territory or even own a motor vehicle having engine capacity above 1000 CC or even have a  commercial or industrial connection of electricity where the amount of annual bill exceeds rupees 500,000.

There are thousands of property owners in each of the major housing societies such as DHA, Bahria Town and many other private ones in the major urban centers. How many of them have declared their affairs and even those who have, how many of them have the proper paper trail? All of them would be liable to punitive action under the above laws.

Keeping in view of the above facts, the pressures on the national exchequer, the international and local collaborations and technological tools to use data analytics and the will of the Government to enforce the law, all these indicate that it is in the best interests of those who either because of being unaware of the law or even willfully, were in breach of the laws, should take this “golden” opportunity to avail the “Tax Amnesty” offered by the Asset Declaration Ordinance, 2019 whereby they can “whiten” their wealth, undeclared sales, expenses and/or the benami assets for as little as 1.5% only. Compare this to the potential tax and penalty costs which can be as much as 25% – 50% of the property value alongwith upto seven (7) years of rigorous imprisonment. So it is only logical to avail the “Tax Amnesty” to both serve your interests as well as those of the country and be able to sleep peacefully as the PM told us.

Technical Overview of the Amnesty: https://omerzaheermeer.wordpress.com/2019/05/19/pti-govts-tax-amnesty-past-facts-and-the-path-forward/